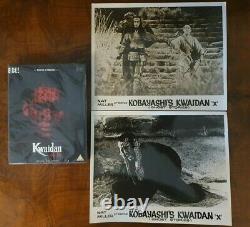 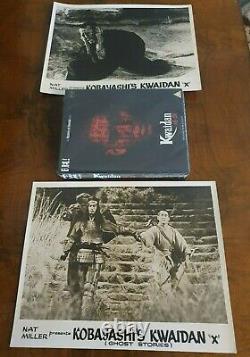 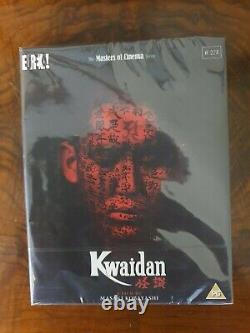 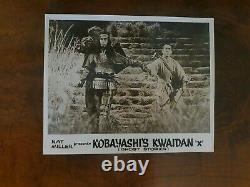 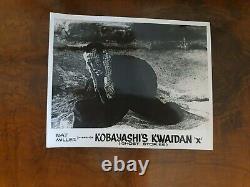 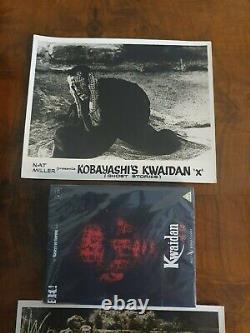 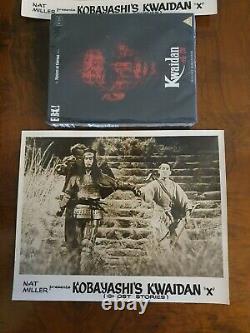 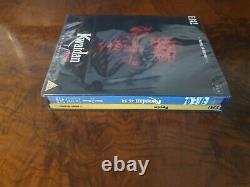 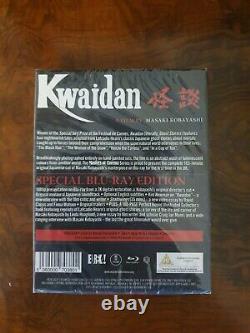 Limited Edition Collector's Box Set & ORIGINAL 1964 Lobby Cards (Also Known As Front Of House Cards), Printed When The Movie Was Released. BOX SET (WHICH IS NOW OUT OF PRINT).

Limited Edition Hardbound Slipcase [3000 copies]. A 100-PAGE Perfect Bound Illustrated Collector's book featuring reprints of Lafcadio Hearn's original ghost stories; a survey of the life and career of Masaki Kobayashi by Linda Hoaglund; and a wide ranging interview with the film maker - the last he'd ever give. 1080p presentation on Blu-ray from Criterion's 2K digital restoration of Kobayashi's original director's cut. Kim Newman on "Kwaidan" - a new interview with the film critic and writer.

Shadowings [35 mins] - a new video essay by David Cairns. Kabayashi's Kwaidan Original Lobby Card Rentarô Mikuni 1964 Japan classic VG Condition. Authentic original lobby card measuring 8x10 inches. These lobby cards are from Great Britain and were printed during the actual year the film was released in movie theaters. The lobby cards (also known as Front of House/ FOH card in the UK) were created by the film studios to publicise the movie and were intended for display outside the movie theatre in special glass display boxes.

You are looking at a truly original piece of cinema art, a genuine collector's item. N features four nightmarish tales adapted from Lafcadio Hearn's classic Japanese ghost stories about mortals caught up in forces beyond their comprehension when the supernatural world intervenes in their lives: "The Black Hair", "The Woman of the Snow", "Hoichi the Earless", and "In a Cup of Tea". Breathtakingly photographed entirely on hand-painted sets, the film is an abstract wash of luminescent colours from another world. The Masters of Cinema Series is proud to present the complete 183-minute original Japanese cut of Masaki Kobayashi's masterpiece on Blu-ray for the first time in the UK.

Photos are of the actual items which is now Out-of-Print. Blue Ray is factory sealed, in mint condition and highly collectible. Please note that the Blu-ray is coded Region B.

This item is in the category "Films & TV\DVDs & Blu-rays". The seller is "behemothrarebooks" and is located in this country: GB. This item can be shipped worldwide.