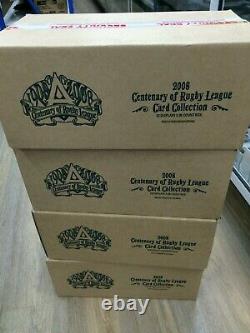 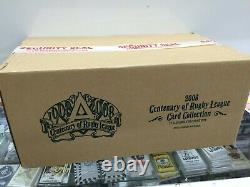 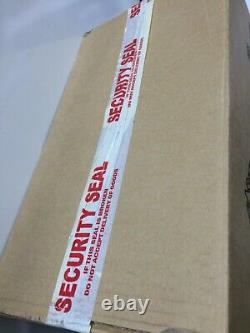 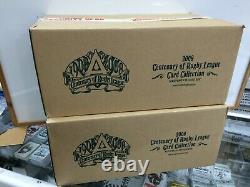 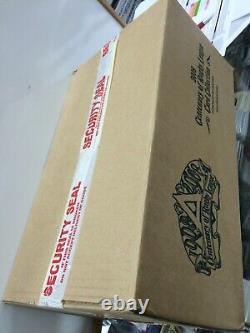 These players have made the game the magnificent spectacle it is today. CENTENARY OF RUGBY LEAGUE CARDS SERIES--ONE OF A KIND COLLECTION! To celebrate the 100 years of Rugby League, Select Australia Pty Ltd is releasing a Special Edition of Rugby League cards series paying tribute to those giants of the game. Same as AFL 1996 Hall Of Fame, This series will prove to be the most collectable Rugby League trading cards series to date. SALUTING THE PAST, CELEBRATING THE PRESENT, INSPIRING THE FUTURE.

10,000 boxes to be released. 36 packs per box, 9 premium trading cards per pack. Base Set: Classically designed 199 cards in the set includes 100 greatest players of the centenary rugby league, 16 club history cards + 80 current elite players + 3 Checklists. This set will invoke wonderful memories for those who were lucky enough to see them play. Reflect the total run, not individual box or case.

16 Holographic finishing, unique collection of 16 club logos of Centenary Rugby League. Looking back the past 3 decades of excellence and thousands of magical memories, there are many fantastic players who have filled countless highlight reels and made watching rugby league an absolute delight for fans across the country. A selection of 32 champions from 16 clubs. TEAM OF THE CENTURY (18). 18 legendary players were officially picked as the Dream Team Of the 100 years Rugby League-Team Of The Century (18). TEAM OF THE CENTURY FOIL SIGNATURES(18).

An exclusive club that even today its membership stands at just seven. 6 living immortals have signed 125 cards each. The late Immortals Clive Churchill signature card is printed signature card.

For more details, please check. This item is in the category "Sporting Goods\Sports Trading Cards\Trading Card Singles". The seller is "cardshowcase" and is located in this country: AU. This item can be shipped worldwide.